Note: This is the first post in a series of posts about my experiences working for HappyPancake:

About three months ago, I was looking for a new project after a mini-retirement where I spent most time with the kids and on some OSS-work for Elixir.

When I posted this quest for a new project on my LinkedIn profile, I got this reply:

“I could totaly use you!” - Tomas Roos

(Not sure whether that are the literal words, as I can’t seem to go back in my LinkedIn activities - maybe Tomas could help me out here ;) )

Some background: I know Tomas from twitter, and we had quite a few nights of long and interesting chats regarding software architecture and other stuff, so we kind of knew each other a bit…

The project he wanted to start was all new and shiny to me: a rewrite of a very big dating site, moving it from the Microsoft stack to the Erlang stack… Anybody who has met me in the last year can probably imagine how thrilled I was about doing Erlang on a professional level.

Being completely new to the platform, we negotiated a doable rate, and closed the deal…

We are now two months in the project, and here is a primer of the most interesting aspects of the project up until now…

What a joy - Swedish Culture 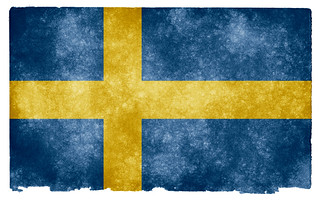 Swedish culture is really keen on getting your priorities straight, and spending enough time with your family is considered a basic need.

Next to this, all is driven by trust, consensus-driven opinion making, and a very civilised way of discussing things.

At first I assumed this to specific to my case, but after a few talks with one of my neighbours (who spends a lot of time in Sweden, as he works for Swedish car manufacturer thas has a big factory in Belgium), I started digging deeper into the subject; and apparently it is a culture thing.

If you are interested in this subject, I might suggest you to google a bit; this was one of the first hits I got that describes some aspects really good.

I have had a very good remoting experience on a project with someone from the US a few years ago, but somehow this feels different. So far so good!

Also, because us Belgians tend to be a bit less subtle in our communication, I suggested him that we agreed on a stop-word.

Whenever I start loud-mouthing or try to make my point to much, Tomas says “Opera”, and I know I have to take a step back…

While this might sound a bit ridiculous in the beginning, having a pre-defined short way to say “You’re overdoing it”, this allows us to be very honest about things without spending to much time on protocol.

I don’t think I ever needed to use “Opera”, but as I am quite a big-mouth Tomas is probably glad we agreed on this protocol!

This approach to work and life is quite new to me, but also very refreshing. I am looking forward to the next months in the project!

You can find the next blog post on this subject here.